This is a summary of the #eltchat which took place at 12noon GMT on Wednesday 15th February, 2012.  The discussion was moderated superbly by @ShellTerrell and @Shaunwilden and was, as usual, informative and thought-provoking.....

What is critical thinking?

Some definitions:
At this point @Shaunwilden commented that, 'Given all the definitions people are giving, it's no wonder CT is so difficult for students to do!'

So why do we need to teach critical thinking?

Some #eltchatters questioned whether it was our place as EFL/ESL teachers to teach critical thinking, but I think the consensus was that it is an essential part of our role as we try to prepare our students for the English-speaking world.  They will have to process so much information and as educators we have a responsibilty to equip them for that.  The classroom is the place for people to challenge the status quo, ask difficult questions and value diverse opinions, so is, therefore, the perfect place for CT.

As @rliberni pointed out, 'What we cannot deny is that in pure language terms, critical thinking activities stretch skills especially in speaking and that should be reason enough to do them.' 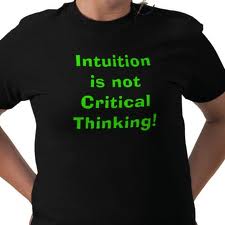 Problems when introducing CT to our classrooms

Most participants agreed with @GrammyLatino that introducing CT to our classrooms is an uphill struggle when the school system and/or parents don't stimulate it, but rather preach blind obedience and memorising.  This is a particular problem for me teaching at a university in Vietnam where my students have, up to this point, been spoon-fed information and taught to accept it without question.  Several other #eltchatters acknowledged that CT is an alien concept for many of their students and that motivating them can be a real challenge.  Students are often scared to leave their comfort zone and start thinking!

Lack of expertise on the part of the teacher is also a problem.  As was pointed out, if you have never been expected to think critically or experienced good lessons modelling such, then it might be tough to help students to do so.  It might also be uncomfortable for the teacher to give negative feedback for 'not showing critical thinking' in an EFL class.  Teachers need training in CT.

Students' desire for there to be 'one right answer' is also a challenge to CT, but, on the other hand, sometimes learners are pleased to realise that there are multiple possible interpretations.

It was also noted that the majority of tests don't necessarily support critical thinking (IELTS and TOEFL were named and shamed at this point), so the emphasis becomes to teach memorisation and drill.  Perhaps it isn't included in such tests because it's difficult to assess.

Another challenge to CT could be the teacher's reluctance to relinquish control and have their own views challenged.  Personally, I love being challenged in the classroom and miss that aspect of the teaching experience now that I'm teaching in SE Asia rather than in Europe.

A further problem might be a pressure to 'cover the book', so perhaps 'Teaching Unplugged' might provide a better opportunity for CT?

How do we teach critical thinking? 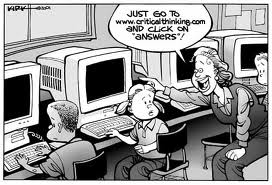 We agreed that we, as teachers, need to choose materials and topics that foster critical thinking - syllabus permitting, of course!  But what methods and/or activities can we use in the classroom?  Some ideas:

We can't enforce critical thinking, but we can and should give students the opportunity and the tools if they wish to use them.

This is a summary of the #eltchat which took place at 12noon GMT on Wednesday 1st February, 2012.  The full title of the chat was:


How to help students remember and reuse functional language
I was joining the chat for the first time since relocating to Vietnam a few months ago, but was immediately made to feel welcome - just like I'd never been away!  The discussion was moderated superbly by @Marisa_C and @Shaunwilden and was, as usual, informative and thought-provoking.....
How do we define 'functional language'? 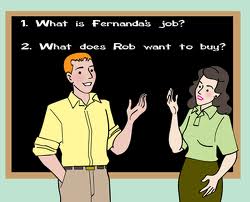 We started the discussion by defining our terms.  @SimonGreenall's definition - 'Functions and their exponents are the practical realisation in language acts of theoretical structures' - though mightily impressive, needed translating into layman's terms for the mere mortals amongst us!  @TeachEslToday suggested that, 'Functions are the practical realisation of grammar, grammar put into the real world'. There was broad agreement that we were talking about language which fulfills a specific purpose - making requests, offering to help, making suggestions, apologising, interrupting, making a phone call, giving thanks, taking your leave, giving directions, ordering in a restaurant, etc..  We also concurred that functional language begins at starter level with exponents such as classroom language, telling the time and greetings and, because many of them are fixed expressions, they can be learnt relatively easily even if they are structurally complex.  For example, we can teach, 'Would you like to.....?' 'Yes, I would/no, I wouldn't' at beginner level in a functional syllabus, but not until much later in a grammar/structure driven syllabus.
@TeachEslToday made the distinction between 'functions' (what people want to do with the language) and 'notions' (the meanings people want to convey) and suggested that any syllabus must be based on learners' social communicative needs which would involve both.
@PatrickAndrews posed the question, 'Doesn't all language fulfill a function?'  This was largely agreed with, though it was pointed out that the function which particular language fulfills depends on the context.
@Marisa_C summed up this part of the discussion by asking us - 'So do we all agree that morphology rules (of form) are not enough - meaning/concept/notion are important, but function and intention are crucial?'
So to the focus of the chat:
How do we help students to remember and reuse functional language?
It was widely felt that the best way to help students remember this language was to give them a context, a personal one, if possible.  Merely giving them lists of functions is not enough as it isn't generative and it doesn't help students to sort language.  It was pointed out that functions are most often taught around a context and/or situation anyway and that coursebooks introduce them in this way so that even the most clueless teacher has a chance!  We all seemed to agree that the communicative approach was best and that we needed to make students see the practical use of the language through roleplays, live listenings, dialogues, and getting them to use the functions to speak about themselves, their world and their experiences.  It was pointed out that it is probably easier to contextualise language to adults rather than to children as adults have more experience to refer to.
Before we got carried away with the idea that context is the be all and end all, though, @Marisa_C reminded us that, whilst it is the key for memory, form awareness is more generative.
So, how do we get students to notice functional language?  @ShaunWilden suggested that a natural step would be to use the transcripts of listening exercises, something which I make a point of doing every time.  @michaelegriffin's advice was to use test-teach-test, where students do a roleplay using the language, then hear it done by others and then do it again.  @Marisa_C agreed, but added that well-taught ppp for lower levels was also effective.
Once students have noticed the language, they have to be taught how to sort it, in terms of formality, for example.  This could be done by giving them a range of roleplays, each showing a different use, from formal to casual.  Students could also do roleplays where they choose their own level of formality and classmates have to guess the identity of and relationship between the participants.  A handy tip for students would be to tell them that the more complicated the exponent, the more formal it is (e.g. 'Would you mind awfully if ....').
We were advised by @OUPELTGlobal not to give too many examples of a particular function when teaching it as that can make remembering it difficult.  Limiting the number of forms to the level is key.
Repetition is also important for remembering functional language.  Constant exposure to the form and repeated use of it are crucial.  Drilling is especially useful as intonation in functional exponents is very important and often neglected.  I agree with this, but voiced my concern that perhaps we should be wary of too much emphasis being placed on intonation.  My students love to ham it up and can end up sounding ridiculous!  However, as Shaun and Marisa pointed out, at least if they are hamming it up deliberately, then they know what the intonation should be and they can always be encouraged to tone it down in a real-life situation.  @TeachEslToday gave us a good tip when teaching intonation - students listen to a short dialogue from a movie they like and then they try to imitate the intonation using the transcript.
When it comes to reusing functional language, @ShaunWilden told us that he likes using video without sound so that students have to guess the exponents from the situation and paralinguistic features.  Comic strips could be used in a similar way.
We were also reminded of the value of live listenings in that they demonstrate real language in use complete with pauses, repetitions, doubts, etc. - something that students have to get used to.
Useful links