This is a summary of the #eltchat which took place at 9pm BST on Wednesday 22nd June, 2011.  The full title of the chat was:


Project Work in EFL Classrooms (Themes, Strategies, Resources)
We welcomed some 'first-timers' to the chat as well as some contributors (including me) who had missed several weeks due to work and other committments.  The discussion was moderated superbly by @Marisa_C and @Shaunwilden and was, as usual, lively, informative and inspiring.....
Defining Terms - What is a Project?
Why do Projects?
The Teacher's Role in Project Work
Motivating Students to do Project Work
Project Ideas
How do we Grade Projects?
Conclusion
I think all contributors to last night's chat felt that project work has an valuable role to play in the EFL classroom.  For me, being just 3 weeks away from returning to summer school where all of our classes are project-based, the chat gave me some great ideas to pass on to my fellow teachers when I get there!
Links
A TESOL webinar on making video projects (via @lu_bodeman)
My Cooperative and Collaborative Learning Page by @cybraryman1
Notes on a project workshop by @kalinagoenglish
The classic book on project work (via @Marisa_C)
Deal with the Gantt diagram - an idea for a project suggested by @BethCagnol
A fab example of project work (via @harrisonmike)
Chuck Sandy's lipdubs project (via @antoniaclare)
Project based ESL learning (via @eyespeakbrasil)
A Dvolver story by @DinaDobrou Episode one and Episode two
Students presenting their 'rugby' project at Rugby Summer School, 2009
﻿
﻿
﻿ 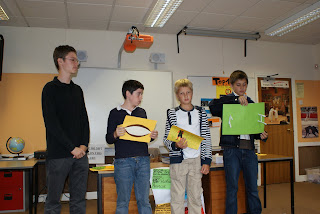 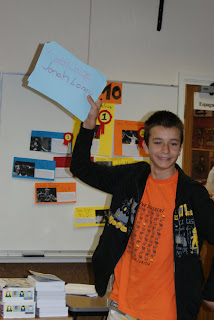 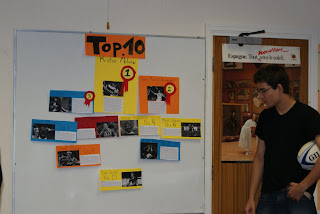 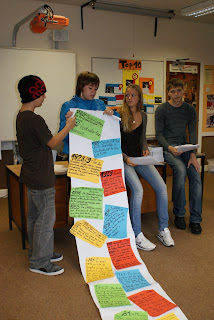