The Six Abilities for Competent Teachers - an #eltchat summary 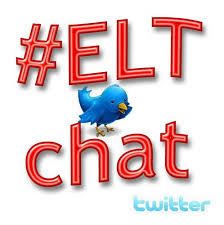 Following a discussion between @ShaunWilden and @Marisa_C at IATEFL 2013 in Liverpool last week, some changes were made to the way we select topics for #eltchat, as explained here.  So, the chats on Wednesday 17th April were the first using the new procedure and, on this occasion, the decision was made to discuss the same topic during both the 12 noon and the 9pm BST chats.  What follows is a summary of both conversations.

﻿ The idea for the chat came from Jun Liu's plenary talk on 'ELT Tomorrow' at IATEFL.  He concluded his presentation by suggesting that there are six abilities competent teachers will need in the future.  These are:

We will look at each ability in turn and summarise what the #eltchatters had to say about it, both in terms of how relevant they think it is and how they can go about developing it.
Make constant and effective changes
@Marisa_C started us off on this one by asking if this is possible for every teacher and wondering how it might be done.  @teflrinha pointed out that the changes don't have to be big ones - tweaks can be just as effective.  @ShaunWilden suggested that we leave out the 'constant' and just talk about 'effective' changes.  After all, change for the sake of change is nonsense - all changes have to be for a reason.

@theteacherjames took this point to mean CPD which, as he said, nobody should disagree with!  Most participants agreed that good teachers always try to engage in reflective practice and make tweaks and changes as a result.  Indeed, Adrian Underhill gave a talk on this very topic last year.

So, as @adi_rajan said, the real question is not whether change is good (that's a given), but why many teachers can't or won't commit to change.  We all know teachers who teach the same thing in the same way year after year.  @jo_sayers suggested that the word 'constant' would put some people off and that it would perhaps be better to replace it with 'regular'.  @pjgallantry went further and asked whether we need to constantly reinvent the wheel, to which @theteacherjames responded by saying that he interpreted #1 as meaning a constant evolution as opposed to a constant revolution.

At the end of this part of the discussion, the vast majority of participants agreed that, whilst implementing ongoing and effective change might be challenging, it is preferable to doing nothing and becoming sedentary.  We do, though, need pauses between changes - a time to reflect, look, listen and think.
Learn and speak at least one other language 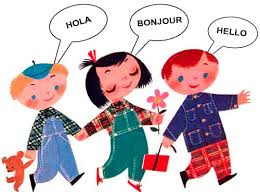 We had an #eltchat on the value of learning another language for EFL/ESL teachers last October. You can read the summary here.


There was a general consensus amongst participants that learning another language is a good idea for English language teachers as it gives us a greater understanding of and empathy for what our students are going through.  Even if we are really bad at learning languages (myself, @jimscriv  and @ShaunWilden!), our experiences can still benefit our students.  @MarjorieRosenbe told us how she often gives her students tips on how she learned German in order to help them develop strategies for learning English.  Hearing about difficulties experienced by their teacher can be very motivating for students!  @theteacherjames blogged about his experiences as a language learner as did @kenwilsonlondon.
Many of us remembered how effective it was to have a foreign language lesson at the start of our CELTA courses and @hartle lamented the fact that such lessons have disappeared from her centre as it was thought that they were an outdated idea.  @Marisa_C told us that she regularly teaches Turkish or Greek or French on the first day of her courses as a great way for trainees to experience what it's like to be a beginner.  @teflrhina can still remember the Japanese she learned on such a course 24 years ago!!  I have to say that the Greek I learned on mine has gone from my mind completely!!

Amongst the general flag-waving in favour of learning another language, @JonnyLewington sounded a note of caution, reminding us that everyone learns differently and that we shouldn't draw too many conclusions from our own learning experiences.
Teach less to maximise learning 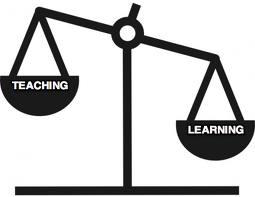 It would appear that we all liked this one!!  It is the basis of 'demand high'.  'Less is more!!'  As @Charlesrei1 put it, 'for my adult learners, the hunt is more engaging than being fed!'  It is about reducing teacher talk time (or, as @hartle said, aiming for QTT - quality talk time) and leaving more space for students to discover and practise.  We need to give students more responsibilty for their own learning.

@jimscriv told us that his watchword here is Adrian Underhill's, 'The least that is enough'.  It doesn't mean, 'Don't teach'.  It could mean, 'Teach a lot'.
@Marisa_C said it's about having fewer activities in a lesson, but doing them well.  She often observes classes 'chock-a-block with small, piddly bytes of this and that with no time for students to process or prepare or use'!!  What we need is quality in the classroom and time to learn it.  We need to give our students proper guidance and fully exploit all the activities we use.

@AlexandraKouk pointed out that many teachers feel guilty if there is even a short stretch of silence in class - that they aren't 'doing' anything, but as @kevchanwow said, this is, in fact the best kind of teaching.  Perhaps, students need to be taught to appreciate this kind of approach, though, as some of them demand more explicit instruction.  This is clearly necessary at times, but the question is when, how and how much?

Perhaps the key skill is knowing when to 'teach', when to 'guide', when to 'question' and when to 'leave space'.  (@Charlesrei1)  As @pjgallantry said, 'we should focus on smart teaching, not lots of teaching - focussed, observation-based, learner-centred.'
Teach English in at least one subject area
This one seemed to be the one that the majority of #eltchatters disagreed with.  Jun Liu's premise was that, seeing as learners are starting their English studies younger and younger, by the time they graduate high school, their competency in English will be such that they no longer need to be taught general English.  Therefore, at tertiary level in particular, English teachers will need to be able to teach another subject in order to stay competitive in the job market.  This is certainly not the case in my context here in Vietnam where, even after ten years' worth of English lessons in school, students arrive at university and test at beginner or elementary level.  This is unlikely to change in my lifetime and, if anything, the demand for general English teachers will increase as education authorities accept that they need better qualified teachers in primary and secondary schools.  @MarjorieRosenbe told us that the situation was the same in her context in Austria and @ShaunWilden suggested that Jun Liu's conclusion, in this instance, was perhaps the effect of a limited pool of research.
Some participants did point out that teaching another subject in English does give teachers another perspective, as with teachers of business English for example, but nobody thought it was absolutely necessary as a skill for future English language teachers.  @jimscriv said that schools overvalue content knowledge and that in fact, given one week's start on the students, most English teachers could teach most subjects anyway!
Familiarise oneself with new learning and teaching modes 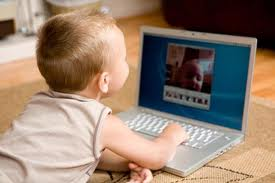 Here, Dr Liu was talking largely, though not exclusively, about teachers keeping up with advances in technology.  In an environment where most of our students are digital natives, we, as teachers, need to make sure we are not left behind.  Let them teach us if need be!!  Students seem very comfortable with texting, checking the internet, listening or watching something - all at the same time - and we have to multi-task, too.  As Dr Liu said, 'Technology is inevitable; you can't avoid that.'  :-)
It seemed that all #eltchatters agreed with the premise.  As @kevchanwow said, 'Students don't see technology as set apart from daily life.  If you can't integrate it into the classroom, the class feels more artificial.'  However, @jankenb2 reminded us that technology is a tool and that, in using it, we must not lose sight of our goal.
Under this heading, too, it is important to be familiar with new teaching approaches and techniques.  As with ability #1, we need to be ready to change and innovate, though, again, not just for the sake of it.  In learning about new methods, we should be wary of dismissing tried and trusted ways just because they are older.
Ensure learning outside the classroom
This is seen as vital by the vast majority of #eltchatters, especially for students who don't naturally get any exposure to English outside the classroom.  Like #3, it is also about maximising learner autonomy.  Perhaps we can't 'ensure', but we can facilitate and encourage.
How can we achieve this?
Final Thoughts
@hartle posed the question at the beginning of the early chat as to which of the six abilities we thought was the most important.  Unfortunately, we didn't get to discuss this in either chat or, indeed, to respond to the suggestion that we come up with our own #eltchat list of abilities.  I'm sure this is a subject we will return to!

The plan was to write this summary in collaboration with my friend and colleague, Lesley Cioccarelli (@cioccas). We both took part in the early chat and read the transcript for the late one, and intended to get together in a virtual way to write it up. However, time constraints for both of us (and the fact that I'm a bit of a control freak!!) meant that I'm solely responsible for what you have just read. I hope I have done justice to what was a stimulating and fast-moving couple of hours and I hope Lesley will agree to work with me on future collaborative projects!!
Posted by Andrea at 14:03