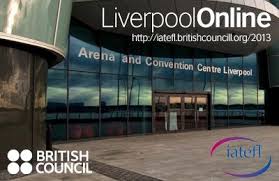 I have to admit that, despite my best intentions, I didn't manage to see much of this year's IATEFL conference in Liverpool live, but I'm certainly catching up now by watching the recordings.  There was one session I saw live, though - the opening plenary by David Crystal.  It felt great to 'be' there, even though I was sitting at my desk 6,000 miles away in Vietnam.  Before the plenary began, Eric Baber invited the audience in the hall to wave to all those of us following online, wherever we were in the world.  I'm sure I wasn't the only one to wave back!!  What follows is a summary of David's presentation.  I realise I am by no means the only one to do this, but I'm writing it anyway for my own PD and as a reference for anyone else who wasn't there on the day.

The full title of the session was:


In the world in which we live in - Beatles, blends and blogs 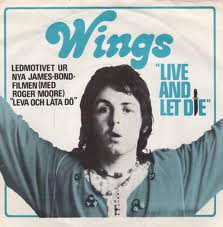 Clearly, the inspiration for the first part of the title comes from a line in the Paul McCartney's hit, 'Live and Let Die', 'This ever-changing world in which we live in'.  There is a double preposition here which people don't notice when they listen to the song - it only becomes apparent when you see it written down.  Indeed, so many people noticed it when it was published in the pre-conference material that David was inundated with messages from people telling him about the 'mistake' in the title of his plenary!
So, what do we have here?  Well, it's a syntactical blend.  We're quite used to lexical blends (new words formed from two existing words), such as brunch, motel and heliport.  Indeed, such words usually find their way into dictionaries when they are accepted into common usage.  Syntactical blends, in contrast, don't find their way into grammar books.  No matter how widely they are used, they are still considered to be wrong.  Grammar books do not help language learners to understand the syntactic blends they will hear all the time in spoken English and even see written down.
Look at these examples:

Syntactic blends happen when people are unsure which structure to use.  This often happens when there is a clash between formal and informal usage.  The old rule was always - Never end a sentence with a preposition.  This led to ludicrous and some tongue-in-cheek examples, such as Churchill's famous '...something up with which he would not put'!!  This rule has left a legacy that an end-placed preposition is wrong, but natural speech makes it sound better, especially if it's a monosyllabic preposition that naturally goes after a verb to make a phrasal verb. 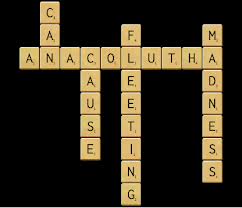 We are more likely to see these blends when there is a lot of distance between the two prepositions.  Blending, though, can take place between any two or more constructions.  They happen all the time in spoken English.  These blends even have a name - anacoluthon (plural - anacolutha) - meaning constructions lacking in grammatical accuracy.  They often happen when you start a sentence, change your mind about what you are going to say half way through, and finish in a different way.
Until comparatively recently, blends rarely appeared in public writing because they were edited out.  Now, however, with the popularity of blogs, we are seeing them more and more.  When it comes to publishing blogs, there is little or no external editing.  The style might be spontaneous and conversational, but, because it is written down, the image is that it is formal and careful.  As blog writers, we could self-edit, but the evidence is that we rarely do.  Therefore, blends appear in blogs all the time.
Grammar helps us to psychologically process what's going on.  The number of chunks we can process is limited by our memory.  Therefore, if there are too many words between the noun and the verb phrase, errors are likely to occur.  Comprehension is governed by the distribution of weight throughout a sentence.  In English, we usually put the weight at the end of a sentence, after the main verb.  There is sometimes a little adverbial length before the main verb, but not much.  If too much information is put before the main verb, it's difficult to understand.  The longer the subject goes on, the more irritated the listener gets.
For native speakers and proficient users, blends occur when the grammar doesn't keep pace with the writer's thought.  So, it is obvious that learners' writing will often contain blends, especially if they are trying to use more complex structures.  Blends tend to be more common when there's pressure on the speaker or writer, homework deadlines or presentations in front of the class, for example.
In our learners, blends should be seen as evidence of growth, not as errors.  As emotions rise, blends increase.  It's no good telling a student blends are wrong if they see them all the time on the internet.  As teachers, we need to be tolerant.  We shouldn't teach blends, but we need to know how to disentangle and explain them.
David's final thought - 'Don't condemn yourself if you use a blend - after all, it;'s the world in which we live in!'
You can find the pdf of David's slides here.﻿
﻿
﻿
Posted by Andrea at 05:34