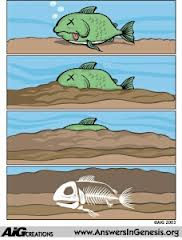 This is a summary of the second chat on Wednesday 11th September.  The full title of the chat was:


How can we tell if fossilization has set in and how do we prevent it or get out of such a state?
The chat was expertly moderated, as ever, by @Marisa_C, @Shaunwilden and @theteacherjames.  There were very few participants in the chat and this was definitely the shortest transcript I've ever had to summarise (only five pages!).  Let's think of it as quality over quantity and perhaps this summary can provoke further discussion on the #eltchat Facebook page.
The suggestion for the topic was prompted by Scott Thornbury's new blog, The (de-) fozzilization diaries, where he discusses his problems with acquiring Spanish as a second language.  I re-produce a definition of fossilisation from Scott's blog here:
Selinker (1972) noted that most L2 learners fail to reach target-language competence. That is, they stop learning while their internalized rule system contains rules different from those of the target system. This is referred to as ‘fossilization’. It can also be viewed as a cognitive process, whereby new learning is blocked by existing learning. It remains a controversial construct with some researchers arguing that there is never a complete cessation of learning.

@Shaunwilden commented that it's not just an L2 thing - he has fossilised errors in his L1 from too much exposure to students' errors!!  I think most of us could relate to that!
What are the causes of fossilisation?
How do we know fossilisation has set in?
Does fossilisation matter?
The consensus here was that if it prevents effective communication, then it does matter; otherwise, perhaps not.
How do we get out of the fossilisation stage?
As @naomishema pointed out, it's much more difficult to 'unlearn' something than it is to learn something new.  Students often realise their mistake immediately after they make it, but they still make it because it's so ingrained.  They can be aware of their own fossilisation, but unable to self-correct or fix the errors.  So, how can teachers help:
So there you have it, a short but sweet #eltchat which I sincerely hope will prompt further discussion.
Links
Posted by Andrea at 11:51