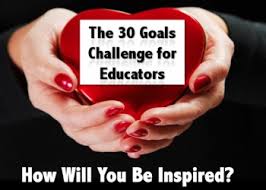 Goal number four of Shelly Terrell's fourth cycle of her 30 Goals Challenge is to revisit an idea.

After being full of enthusiasm when Shelly launched this year's challenge, I'm ashamed to say that I haven't posted about a goal for several weeks now. When I decided to take part, I was managing a busy English department in a new university and fully intending to be there until my contract ended in September 2014.  After that, Mark (my husband) and I were planning to take a year out to travel around India, doing some volunteer teaching and living off our savings accumulated between now and then.  This was my plan when I wrote my responses to the first three goals and even when I posted this initial response to goal number 4 on the mural Shelly set up for the purpose:

Introduce the British Council's CPD framework as the basis of a PD programme tailored to the needs of individual teachers.

How things change in a few short weeks!!  Perhaps, I will get to revisit this particular idea at some time in the future, but, for now, everything is different!  I am currently working my notice and will leave my present job this Friday (September 6th).  I have never not completed a contract before, but a combination of personal and professional matters conspired to make my position untenable.  There's no need for me to elaborate at this time. 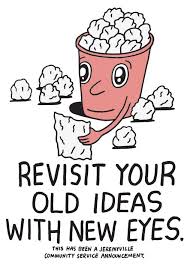 Needless to say, since my best laid plans were thrown into disarray, I have revisited many old ideas whilst trying to decide what my next move should be! I can now announce, though, that I have decided to go back into the classroom whilst, at the same time, completing my Diploma in ELT Management with a view to returning to a managerial role later.  And the idea that I finally settled on to revisit?  Teaching in Russia.  I almost went there a few years ago but it didn't quite work out.  This time, I'm sure it will.  We've never been to Russia before, so we're both looking forward to exploring a new country.  Also, by going back in the classroom, I will have the opportunity to try out all the ideas I've been collecting over the past couple of years myself, rather than doing it by proxy (getting my teachers to try them out and report back).  On both counts, I'm very excited by what lies ahead!
Posted by Andrea at 03:49