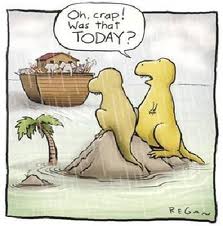 This is a summary of the #eltchat which took place at 12 noon BST on Wednesday 2nd May, 2012. The full title of the chat was:


Practical ideas to introduce workshops on CPD to dinosaurs :-) - what is important and how to go about setting up a programme.
The chat was lively and thought-provoking as usual and was expertly moderated by @Marisa_C and @rliberni.

What is a 'dinosaur'?

For the purposes of this chat, we were using the term 'dinosaur' to mean those 'difficult' colleagues who resist any kind of CPD; the kind of person who asks these questions:
The dinosaur is recognisable by his or her:
Perhaps we shouldn't be so hard on such people, though.  As @teflerinha said, 'dinosaurs' are often quite insecure and fearful of being found out, of being exposed as not being good enough.  Their prejudice against CPD is probably based on their fear of stepping into the unknown.  Alternatively, as @reasons4 suggested, their attitude may stem from years of being chronically underpaid, stupidly overworked and neglected.

Other colleagues who are reluctant to embrace CPD may not be 'dinosaurs' at all.  They may, as @JoshSRound said, simply see teaching as the day job and have no interest whatsoever in developing their skills. 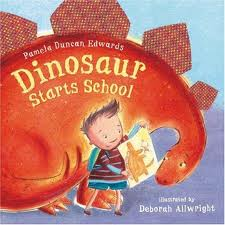 Why should we care if colleagues embrace CPD?

What's the point in teachers being forced to attend CPD sessions if they're not engaged?  There are interested teachers and those who are there because they have to be.  Why don't we just concentrate on those teachers who want to develop and leave the 'dinosaurs' to their own devices?

The consensus in answer to these questions seemed to be that we want to work for professional institutions that implement good, effective CPD programmes.  We don't want to work in organisations that tolerate lazy practitioners persisting with fossilized teaching methods.  CPD prevents burnout and motivates teachers.  You can't teach if you don't learn!!

How do we encourage 'dinosaurs' to take part in CPD?

Can 'dinosaurs' be converted? 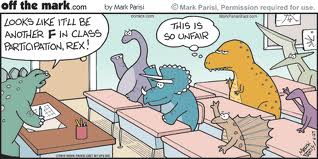 The consensus seemed to be that they can, but that the metamorphosis from dinosaur to passionate educator is a very slow process with lots of resistance to overcome along the way.  @NikkiFortova said that she had met a few converts, but the key was that they had wanted to change and saw that the process wasn't hard or painful.  I myself have a 'work in progress', but don't want to go into detail just in case my encouragement so far means that he is now reading my blog!! :-)

At the end of the day, if the culture of an organisation encourages CPD, then teachers will embrace that culture or leave of their own accord!

Differentiating Professional Development: The Principal's Role - a book highly recommended by @cioccas.
A cross-curricular activity on dinosaurs!
A sharing blitz for CPD via @cybraryman1
A questionnaire for teachers to suggest workshops via @Marisa_C
Plenty of ideas on different forms of CPD via @AlexandraKouk
My CPD page by @cybraryman1
Communities of Practice via @jankenb2
Co-operative development via @teacherphili
The Peter Principle via @esolcourses
Posted by Andrea at 07:16